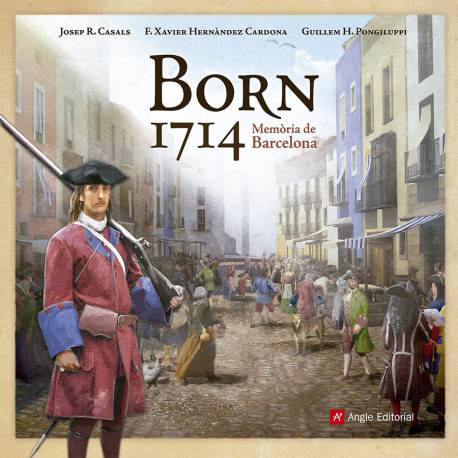 Magnificent illustrated book to delve into the daily life of the eighteenth century in the Born
district, an area that retains its stones in the living memory of Barcelona.
To see the streets of our history uncovered as they were.

Walking through the Born living history. The Centre Cultural del Born creation in the space of the old market highlights the modern and medieval remains that appeared during the excavations to reform the market. Thus, the building has become a Born space back to various moments of the past especially in the late nineteenth century, when it raised the iron structure of the market, and in the early eighteenth century, the remains streets and buildings that were buried by Felipe V to lift the hated Ciutadella. The book shows the historical evolution of this emblematic area, which contains one of the most prominent urban heritage sites in Europe: a dive unmatched in the memory of Barcelona.

Josep R. Casals is an industrial designer and specialist in digital art and 3D visualization.

Guillem H. Pongiluppi is an illustrator: a pioneer in digital art in Catalonia.