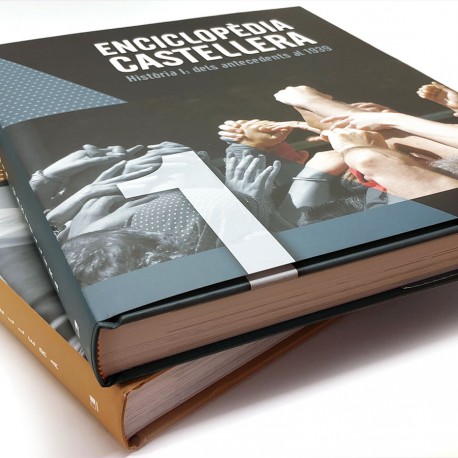 The Enciclopedia Castellera are 2 volumes that collect all the updated information about the casteller world.

They are sold separately.

The first volume of the Enciclopèdia castellera is dedicated to a fascinating first part of the history of the castells, which embraces from the analysis of its antecedents and the description of its origins until the end of the Spanish Civil War, passing through the splendid First Age d'Or (with the achievement of the castells again), the later and resounding Decadence and the hopeful Renaissance started in 1926. The volume also includes the state of the question about the most controversial complete castells of the 19th century and about the possibility that a ten-story castle was attempted or made. On the other hand, the work benefits from the authorship of the best specialists in each subject and the incorporation of the essential novelties that the most recent research has contributed. 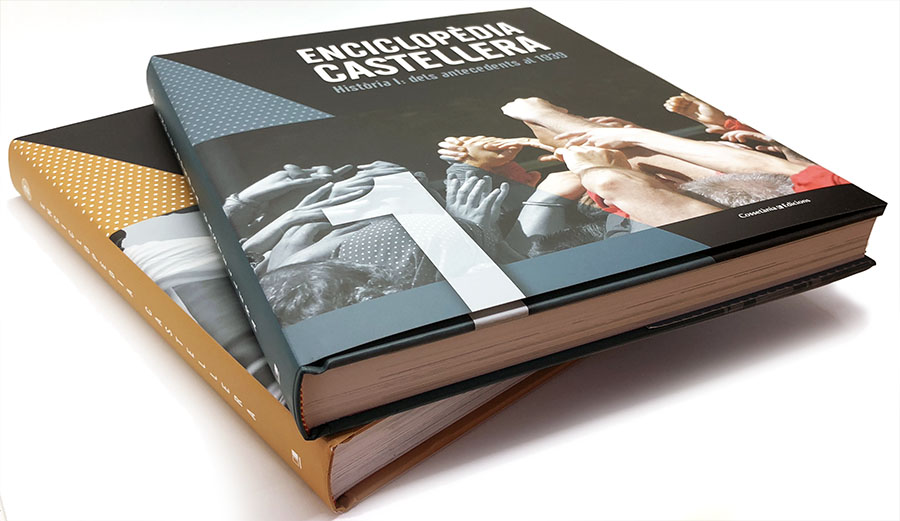 The second volume of the Enciclopèdia castellera analyzes the history of the castells from the end of the Spanish Civil War to the 2016 season. It is, therefore, the description of historical periods as the resumption of the castellera activity after the war and a subsequent stagnation (1939-1968), the recovery of the folres and the vibrant struggle for supremacy between the Nens del Vendrell and the Colla Vella de Valls (1969-1980), from the beginning of the Segona Època d'Or, with the return to square of the mythical castells de nou (1981-1993), and the stage of excellence that we still live today and that has a clear turning point in the 2 of 9 loaded by the Minyons de Terrassa in 1993. Likewise , the volume includes a study of the different castellers competitions that have taken place throughout history.