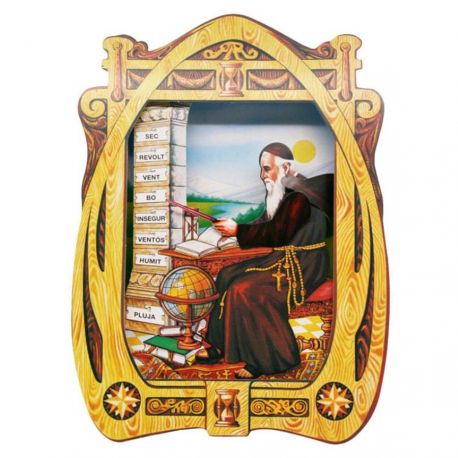 Friar of time hygrometer to know what the weather will be tomorrow. The popular and most famous hygrometer of all time created in 1894, is an original and very practical gift.

One of the most renowned weather forecasters for its reliability.
Available in 8 languages.
Colors versions also available.

The hygrometer or hygrograph, Fraile del Tiempo, is an environmental humidity meter, an instrument used to measure the degree of humidity in the air.

In meteorology it is an instrument used to know the percentage of the relative humidity of the air in our area. The humidity measurement results are expressed between dry and rain. Each of the marks indicates the amount of water vapor present in the air at the selected location. Air humidity is a factor that is related to the thermal comfort of the people who move in a certain space. This information helps us to know the capacity of the air to evaporate moisture from the skin, due to sweating. The truth is that it is also important, both the humidity of the air and that of the earth, for the growth of plants. 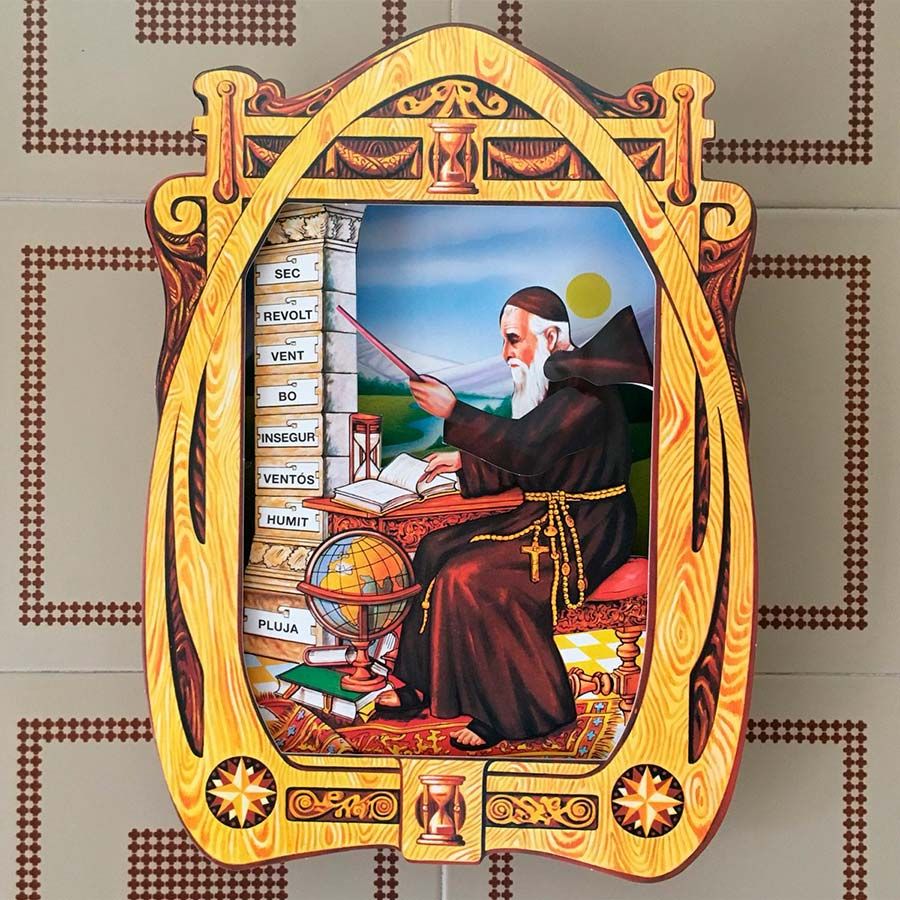 How to interpret the data of the device to measure the humidity of the Friar of Time?

The more traditional interpretation tells us that it indicates a very high probability of rain or storms. These are the data it uses to make predictions: heat produces water vapor, water vapor has a lower density than air, then humid air is less dense than dry air. In addition, solid, liquid or gaseous bodies, when heated, expand, then have a lower density. For these reasons the hot air that contains water vapor from evaporation from the earth, water, plants and living things rises in the atmosphere. The rising water vapor is affected by the temperature of the atmosphere, which decreases an average of 0.6 ° C every 100 m. When the water vapor reaches the colder areas, the water vapor condenses and forms clouds that can be water droplets or ice crystals, in the case of snow or hail. When the drops of water are united to the highest zone of the atmosphere by contact when cooling, they weigh so much that they fall, causing the precipitations in the form of rain, snow or hail.

The hood accompanies the movement of the arm, which will cover the head depending on the prediction. It must be placed in a dry and ventilated place, so that, free from the influence of stale air, it can work in perfect harmony with the atmospheric variations outside. It has a hole to hang it on the wall. The average notice period with which you indicate these variations is 24 hours.
Includes instructions for use and adjustment.
Measures: 33.5 x 24.2 x 2.9 cms.
Material: cardboard and metal mechanism.
Location: in a place outside and covered from the rain so that it does not get wet.

Rated 4.00 on the scale 1 - 5 based on 2 customer reviews
ROBERT PUJOL MERCADER
Verified purchase