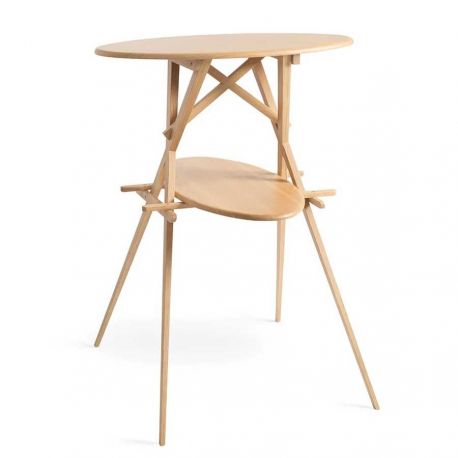 The Jujol 1920 table is a reissue of the iconic Jujol table, the work of the modernist architect and painter Josep Maria Jujol (1879-1949). Jujol 1920 is a fantastic side table design made of water-varnished oak with a double oval support.

The Jujol table was designed between 1920 and 1927 by the architect Josep Maria Jujol. It is a reissue of the table exhibited at the MNAC (National Art Museum of Catalonia). It comes from the house where Jujol lived on the Rambla de Catalunya in Barcelona and, due to the way it is built, we could say that it is a prototype, a unique example that we reissued and that is part of the Mobles 114 Classics catalogue.

Jujol 1920 is a side table that invites you to admire it as a work of art. A practical and versatile table that accompanies the decoration of interior spaces, providing nobility, sobriety and elegance.

Constructed of oak wood, the two oval tops arranged on two levels give it a unique character and personality. Far from the modernist style, Jujol transcends styles and designs a table that in the XXI century has an indisputable validity. 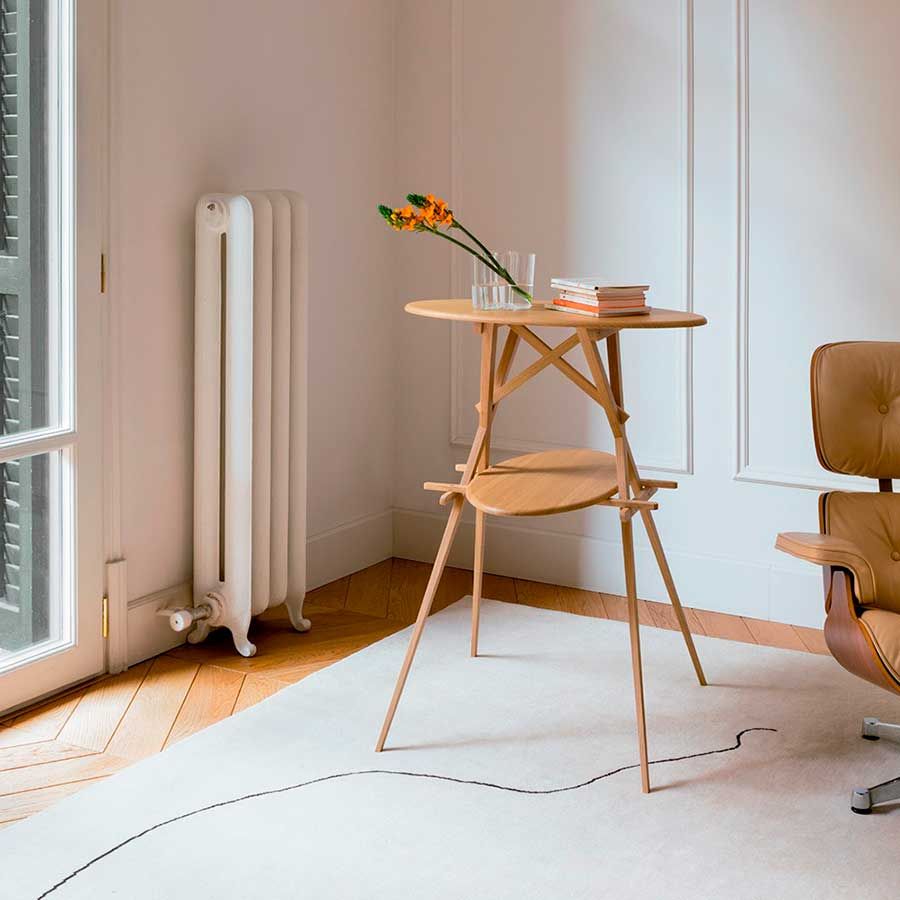 "It is a table that seems casual but is made with more sculptural sensitivity than functional. The simplicity is apparent, because it has a great complexity when you have to produce it", affirm J.M. Massana and J.M. Tremoleda, designers and two of the founders of Muebles 114. Interestingly, the reproduction of the tablet has also ended up in another museum, giving a copy to the Design Museum. "It's an ultra-modern piece of furniture, with the current mood, and next year it will be 100 years old," says Josep Maria Jujol's son, Josep Maria Jujol Jr. "The father was ahead of his time, that's why he didn't succeed," he stresses.